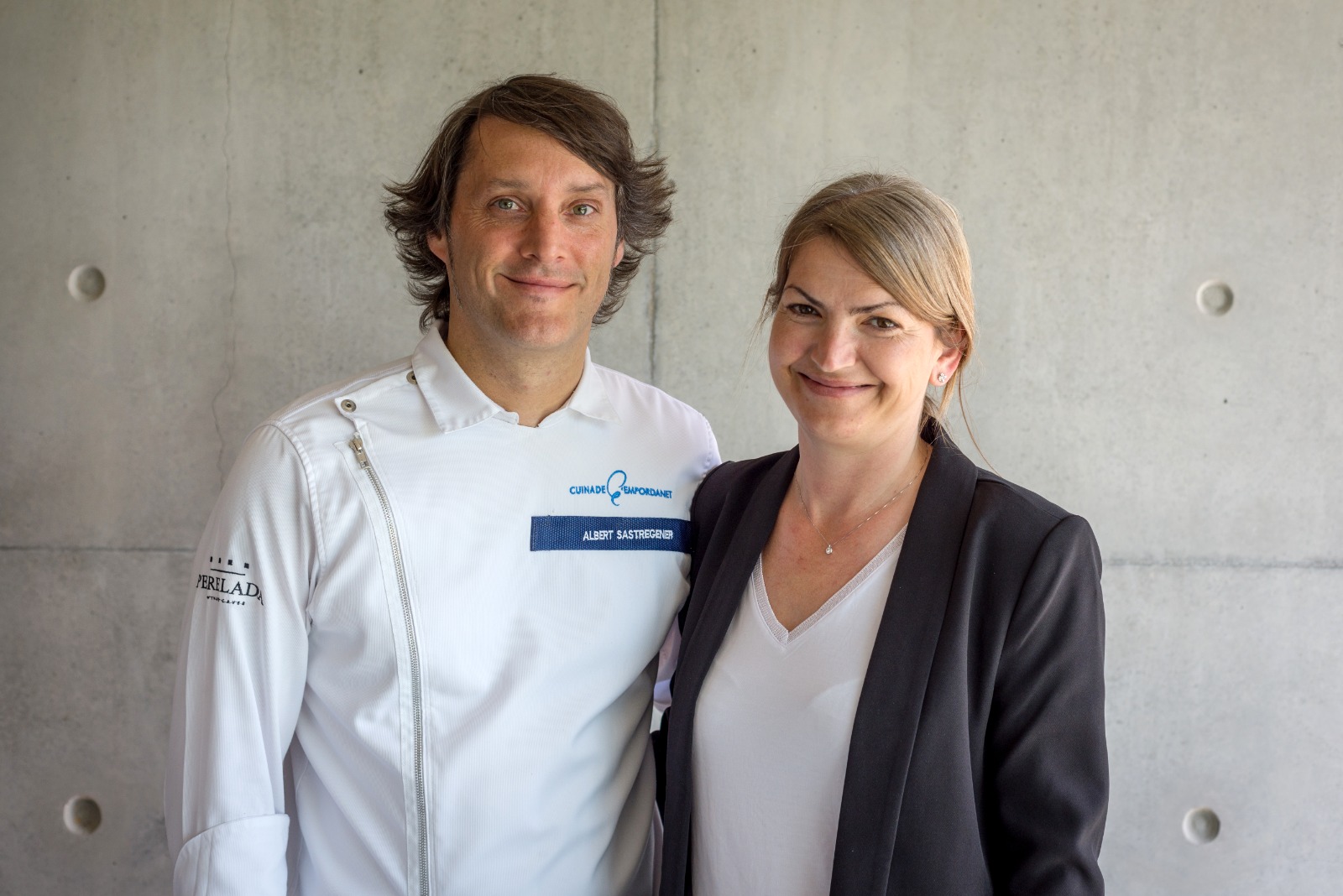 The Empordà chef Albert Sastregener i Surroca (1979), head chef and owner of the Bo.TiC restaurant in Corçà (Baix Empordà) and member of the gastronomic collective Cuina de l’Empordanet, was awarded last night with the Award National Gastronomy 2022. This was the main recognition of the twentieth edition of the competition organized by the Catalan Academy of Gastronomy and Nutrition. The event took place at Mas Marroch in Vilablareix (Girona).

The gala also awarded Elisabet Farrero and Iglesias, from the restaurant El Ventador, as the Revelation Award; Joan Junyent and Franco, from the Windsor restaurant, as Head of Room Award; Joan Esculies with the Gastronomic journalism award Nèstor Luján; and the film director Carla Simón with the Special Award, for her film “Alcarràs”.

In this way, the recognition went to the Empordà region for the second time, after the award in 2015 to Paco Pérez of the Miramar restaurant (Llançà), and for the first time in the Baix Empordà region. The distinction comes only a year and a half after Bo.TiC received its second Michelin star in December 2020 and became one of the gastronomic restaurants of reference in Catalonia at a media level.

The Bo.TiC restaurant, excellence in cuisine and dining room in the heart of the Empordà

Albert Sastregener, cook, and Cristina Torrent, sommelier, are life and professional partners. In 2007, aged 28 and 25 respectively, they started a meteoric joint project that led them to get a Michelin star less than two years after they had opened their doors. Despite their youth, even before opening the Bo.TiC the professional background of both was enviable. Albert spent seven years training at the Escola d’Hostaleria de Girona, where he had Joan Roca as a teacher, and also went through the Escola de Pastisseria d’Espai Sucre in Barcelona. At the same time, he had been part of the teams of prestigious restaurants such as l’Àbac, l’Mas Pau, l’Aliança d’Anglès or La Cuina de Can Pipes, among others, and also carried out different stays in other countries. Currently, his own business is celebrating fifteen years of life already consolidated as one of the biggest in our house.