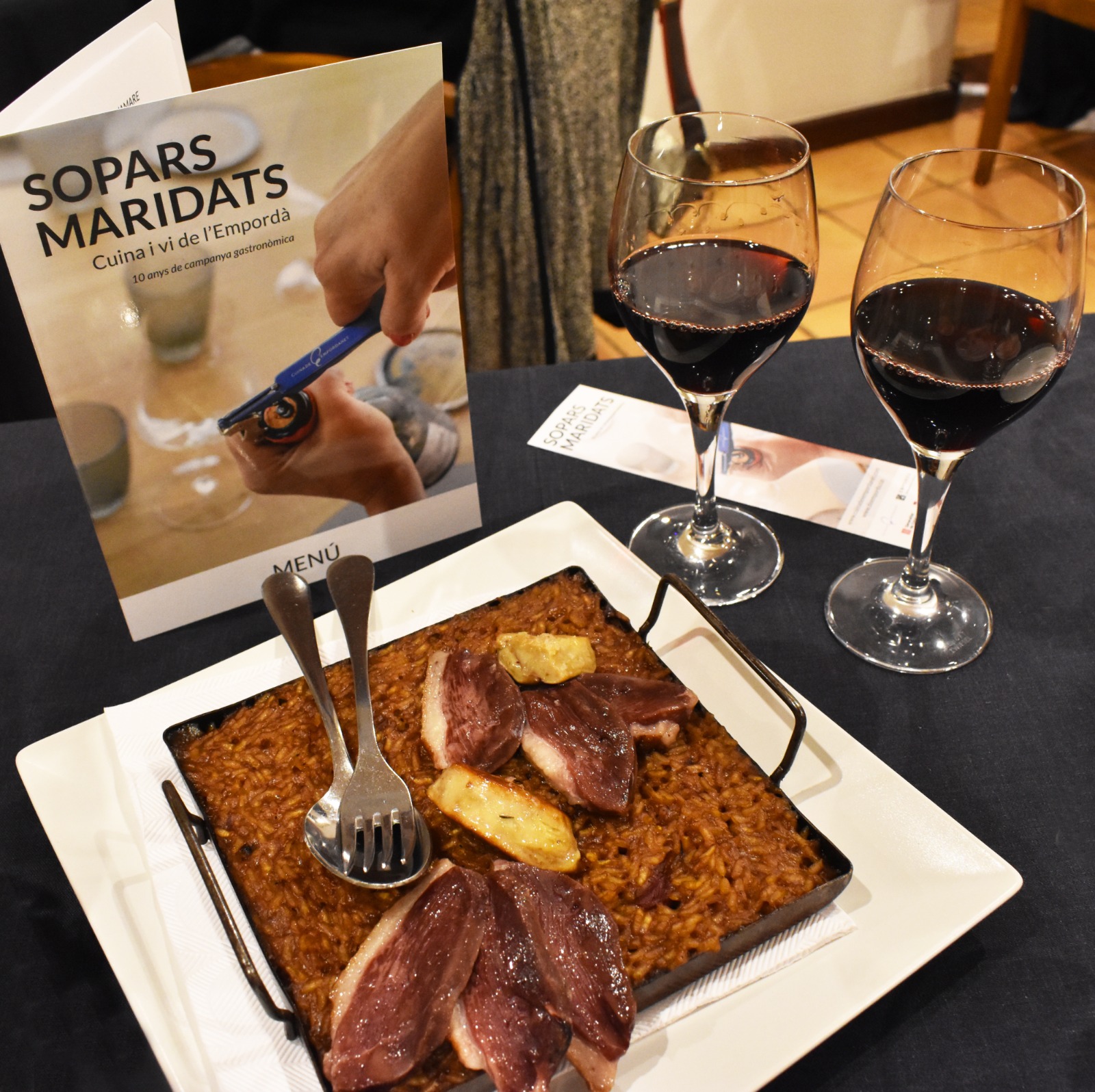 Vall-llobrega (Baix Empordà), December 5, 2022. – This autumn the tenth edition of the Sopars Maridats took place. As part of this initiative, 16 meals prepared by couples formed by a La Cuina de L’Empordanet restaurant and a DO Empordà winery. Both had worked together beforehand to bring to the table the best combination between the dishes and the wines that would make up the menu.

In total, the various Sopars Maridats have brought together nearly 600 diners, with an average of around 37 attendees at each meal. The price of paired tasting menus, set by each restaurant, has been 75 euros on average.

This year, on the occasion of the celebration of the ten editions of ‘Sopars Maridats’, all those attending the event received as a gift a commemorative corkscrew from La Cuina de l’Empordanet.