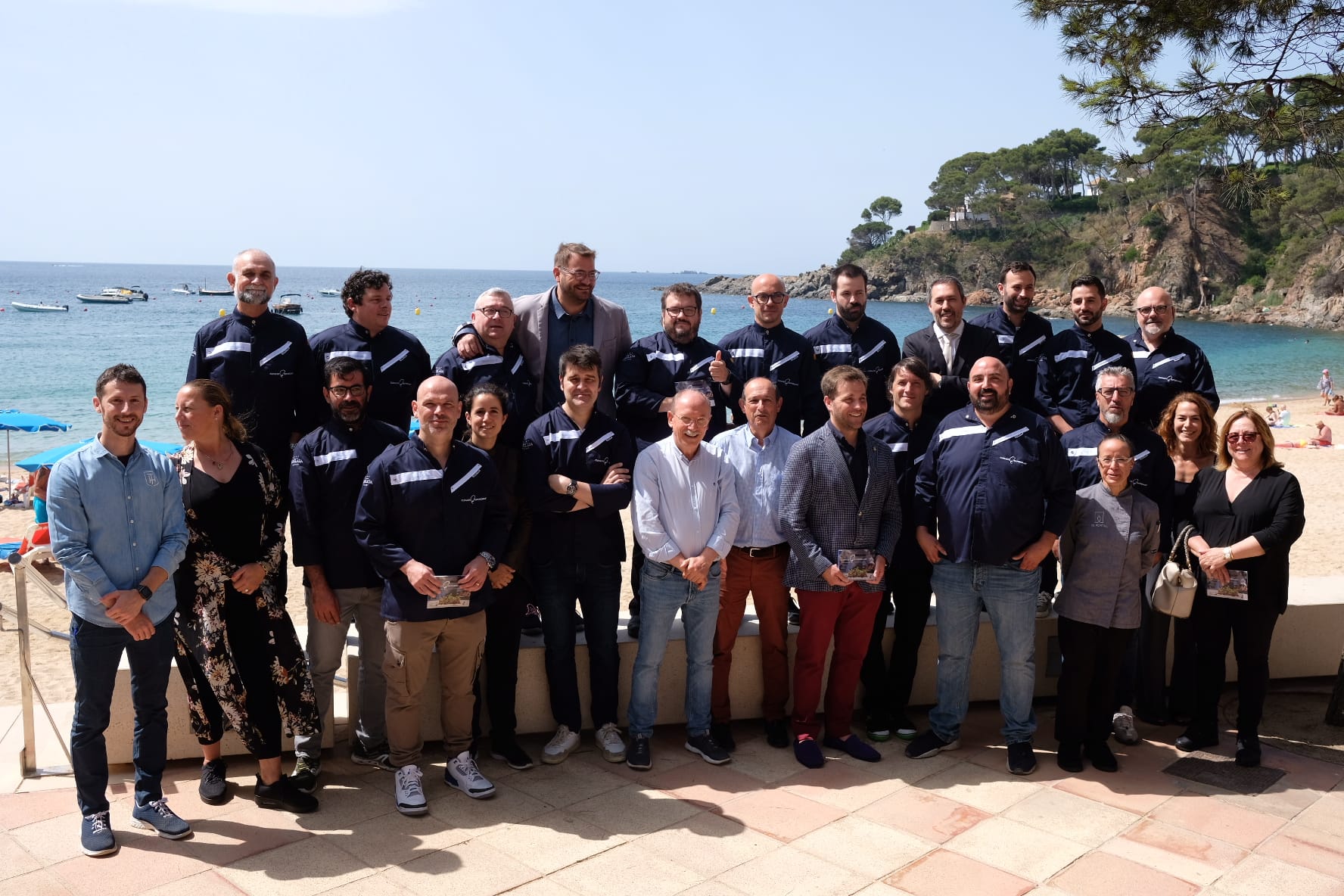 Llafranc (Palafrugell, Baix Empordà), June 15, 2022.– La Cuina de l’Empordanet presented this morning its new restaurant guide at an event held at the Terrassa Terramar restaurant in Llafranc and which featured the presence of chefs and chefs of the 17 restaurants that are part of the Empordà gastronomic collective; of its president, Vicenç Fajardo; from the Deputy for Promotion and Economic and Local Development of the Girona Provincial Council, Jordi Camps, from the president of the Regional Council of Baix Empordà, Joan Manel Loureiro; and the mayor of Palafrugell, Joan Vigas.

With respect to the last edition of the guide, from last season, the current publication comes with new features. First of all because a new restaurant is being welcomed to the collective, La Cala Taverna de Palamós, with chef Tomàs Brull at the helm. Secondly, in terms of image and content, this year it has been decided to give prominence to the interior and exterior spaces of the restaurants, as well as joint photographs of chefs and dining rooms. This decision is in line with the line of work being adopted by the collective to dignify and give more visibility to the work done by the room staff, as well as to put it at the same level as the kitchen staff.

La guia, que s’ha editat en dues versions- una en català i francès, i l’altra en castellà i anglès- serveix per donar a conèixer i promocionar els 17 restaurants que integren el col·lectiu. In addition, the publication of La Cuina de l’Empordanet is also a useful tool for tourist informants in the area, as it is distributed to tourist offices and other information points. In this sense, it must be said that the guide is not only intended for visitors and tourists but also for local people with the aim of enjoying the most prestigious and renowned establishments in the territory. In addition, it can be read in a digital and interactive format at https://www.flipsnack.com/CD8C9C5569B/guia-cuina-empordanet/full-view.html

The 2022-23 guide was not the only promotional tool for the entity that was launched this Wednesday. The collective’s new website (www.cuinadelempordanet.com) has also been made public, with a completely updated design and renewed contents and sections.

Finally, the new clothing of the Empordanet Kitchen has also been revealed, which the chefs will wear from now on in all the actions of the association. It is a modern navy blue jacket designed and manufactured by the specialized brand Garçons and that breaks with the usual designs seen so far. The collective’s chefs have already shown it off during today’s day.

A day that ended with the traditional brotherhood breakfast, accompanied by wines and sparkling wines and various products from the collaborating brands.